Edward Appleton and Jens Cornelissen, Managing Director for Merlien’s Global Events (MRMW, Qual360) look back at the 2021 year of conferences – from an organiser and participant perspective – contrasting digital with face-to-face learning.
——————————-
Edward: Jens, the year is moving forward, not quite end of yet, how was 2021 from an organiser perspective?

Jens: Well, as a global organiser, there’s never really a moment where the calendar year ends. Planning for the next event is always just around the corner – and if the next one is in Singapore, and it’s only digital, that has upsides, so no jet lag. But it also means losing sleep in another way – kicking off as a host at 3 in the morning European time. But I have a small child, so hey…

To your question on 2021 – from an organiser perspective, there was a constant sense of uncertainty driven by Covid, what was, or is, allowed, what not. So that’s an added level of complexity, and it has all sorts of knock-ons, like paying attention to cancellation clauses and potential penalties, not missing deadlines. Despite that, we’ve invested a lot in the business, for example in a new digital event platform and new communication tools – but also in new staff.

Edward: I can imagine, overall a bit of a headache. From a participant perspective, ever since 2019, and the first wave of Covid, the whole conference calendar was thrown up in the air. From an experience point of view, but also with my marketing and sales hat on.

Everything went digital, and that meant suddenly you could attend, maybe even have a virtual booth, anywhere in the world.
Prices dropped – I think one of the IIEX Europe events was actually free. But derived value? Difficult. Other things changed too – networking example. 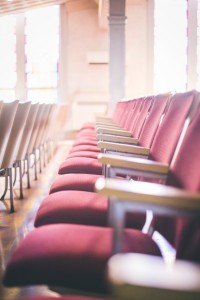 (Photo by Jodie Walton on Unsplash)

Jens: How did that work out for you?

Edward: Well, if we jump to that part, pretty poorly. Much as digital works extremely well in a research context, for conferences I think it’s slightly different. Digital just isn’t particularly sticky, and the number of people attending a digital booth we had at one event was well under expectations. And we certainly made an effort in flagging up interesting content, the opportunity to listen to an interesting talk. I guess folk just preferred to enjoy their coffee breaks differently.

VIRTUAL EVENTS AND FACE TO FACE ARE DIFFERENT SPACES

Jens: Yeah, I see where you’re coming from. But I’m not so sure it’s right to just apply the principles of face to face onto digital 1-to-1, it’s a different space. And honestly, I think that many don’t get the best out of digital, because they need to rethink a bit.

Jens: Well, if you’re looking to engage digitally in a networking context, you have to work the chat function. So ask questions digitally, comment – as the content is being shared. Use the one-on-one video chats, they work great. And if you’re a presenter, then really don’t expect to capture peoples’ attentions with the PowerPoint plus speaker format. Sure, it conveys the content, but the medium doesn’t really come alive.

We had one talk recently at a North American conference where the presenters had made a sort of film, with lots of video clips. It may have been more work, maybe even using a professional outsourced option, but the feedback suggested going the extra mile paid off at least in terms of attention grabbing.

Edward: Yeah, I hear you – assuming people are there digitally, rather than multi-tasking whilst nominally listening. Digital analytics are tough, by the way, measuring that kind of stuff.

But back to content – with a face to face audience, we did something special using animations, a sound track a few years ago with an ESOMAR presentation, bit film-like, and won an award – great video clips, animations, I loved it, biased of course. Could that have been the same online? Maybe.
But digitally, I have to say, a conference can easily seem like an endless flow of back-to-back webinars, and if one starts badly, tuning out is easy. I’ve certainly signed up for lots of conferences, then something else happened, I didn’t attend, and even forgot about them.

So face-to-face to me wins, despite all the advantages of digital.

But…. having said that not having to travel is a winner, it’s cheaper for starters, my eco-conscience is assuaged, so I guess there are multiple trade offs which it’s difficult to capture on a higher level.

Jens: True. I completely agree on the eco aspect, the CO 2 footprint of travel to an in-person conference, for example. And if you see (as we do every time) what gets left behind after a 2-day event, there’s lots of unused stuff left behind, potentially not being used at all. Bad for one’s recycling conscience.
Despite that, I feel a lot of excitement from our customers and clients about face-to-face conferences coming back.

In terms of formats, digital does have its advantages, but as I said before needs a different approach, possibly even more effort than face to face. I used to hear a lot that (in-person) events are hard work, but now I hear that virtual events are hard work if you want to really engage. Not only do you have to stay in front of your screen for a relatively long time, you also need to compensate for the lack of stimulus that usually comes with face-to-face.

As organisers we try different ways of helping with this engagement. Making the days shorter, building in different kinds of communication channels, from text messaging to video chats – or even using different networking tools altogether where people can meet in a more playful way. We had some good successes with alternative networking platforms such as wonder.me – but again, nothing beats a real drinks reception and having a beer together.

Edward: Maybe some of the newer digital options aren’t widely known, and need sharing more broadly, the success stories.
Looking forward, what’s in the pipeline for 2022 from the organiser perspective?

Jens: Two things, really. One – hybrid isn’t doing it for us. The duplication of effort means that the whole thing is a huge logistical effort, and to make it work economically we would need to charge lots more, which isn’t viable.
So, I think we’ll separate digital from face to face going forward.

Second, I hope that content-wise we’ll be welcoming new ideas, fresh approaches. From a neutral perspective, it seems like there’s been a lack of innovation over the past 18 months, and that’s beginning to show. A lot of similar, not to say familiar approaches.
And client side we’ve heard a lot about customer-centricity, but not so many case studies with details on what that’s meant in practice, how it impacts. A bit more honesty and openness would be welcome.

Edward: From the agency perspective, we’re hopefully in a much better place than say a year ago. Capacity is a major issue currently – as is attracting new, young talent, something I hear is true for many agencies. The market seems skewed towards applicants, and research still enjoys a relatively low profile as an industry – hopefully some of the efforts of the industry associations in working more closely with universities are beginning to pay off.
Research is a great profession.

But to close – you said there’s not a year end for you. So can we bring it forward and raise our virtual glasses now to a prosperous, even happy 2022?

Please get in touch if you’d like to discuss further – contact@happythinkingpeople.com 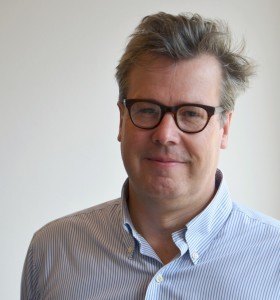 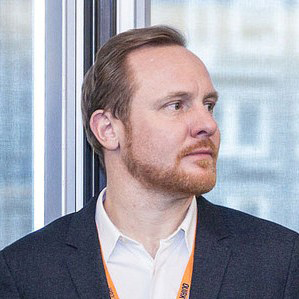 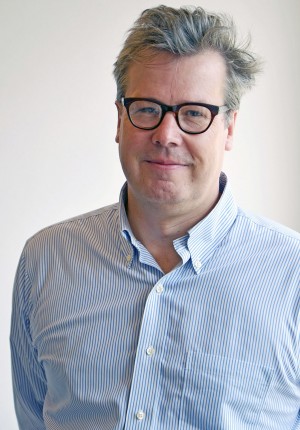