One country that was equally fascinated was India – the game has been played there for over 70 years, enjoying a mass appeal across diverse audiences, rich & poor, young & old, men & certain women audiences.

Just how it’s enjoyed there is fascinating.

As India is changing and modernizing rapidly, so is cricket and the brands sponsoring it by adapting to an evolving audience’s preferences.

Here’s a closer look at the reasons how and why cricket catches millions of eyeballs in India.

In times like the Cricket World Cup, the game triggers unparalleled emotions of national pride for Indians.

Whilst pride in the sense of flag-waving is a potentially complicated, even polarizing issue for many Western countries, in India, it is a positive identification of excellence and showing support to the Team.

The passion borders on obsession – as witnessed by the Hindustan Times.

Assets linking to national pride are repeatedly used by brands in their promotions and weaved into brand messaging for piggybacking on to the ongoing buzz.

An advertisement’s background score would often entail a cheering crowd with a patriotic tune and waving flag, for example – nudging consumers into associating a product or service with cricket’s ‘national pride’ culture.

Tapping into national pride can work for brands in India – but still requires sensitivity.

Getting the tonality right, maximizing resonance across the various population segments requires an in-depth cultural understanding of this huge and sometimes mysterious-seeming market.

Indian Premier League (IPL) was the answer to young Indian viewership demanding a shorter format of cricket: fast and entertaining. This version was permeated with loud Bollywood music, cheer-leaders, colorful uniforms and the audience screaming onto the field.

The “gentleman’s game” went punk and the brand communication hastily embraced brashness – all to impress its new viewership.

For brands to launch successful ad creative and campaigns, it is of prime importance to stay updated with the dynamic preferences of younger audiences.

A larger number of ‘on-the-go’ viewers were hooked onto the online streaming channels. This opened up a new digital avenue for advertisements and product placements. Online streaming viewership reached a daily number of 18 million during IPL.

With unlimited internet data plans as cheap as $2 a month, paid streaming apps have become increasingly popular for mobiles and tablets.

To identify what’s effective as click-bait for banner ads on these apps you need an in-depth understanding of user experiences and the digital journeys of the fast-growing Indian digital community.

TALKING THE LANGUAGE OF FEMINISM?

While you might find women in the crowds, ardent women followership is not nearly as often as with men.

We asked on a Twitter poll if any Indian women were following the World Cup to which the majority of respondents said ‘no’ or ‘yes, but passively’.

For a variety of reasons, cricket’s direct appeal to women is lower – overall it has not been particularly gender inclusive or relevant.

Societal dynamics are steadily changing as the Indian audience is increasingly understanding the language of female empowerment.

The Indian Women’s Cricket team is generating sponsorships and brands, exploring innovative strategies for gender inclusivity. When an IPL team launched a sports drink, for example, their promotional campaign looked at gender-based stereotypes in cricket.

To sum up: India remains a diverse and hugely complex nation – one that’s also growing fast at 7% in GDP with an overall value of $2726 billion in 2018.

Because Indian Cricket moved with the times and provided maximum entertainment it consistently succeeded as a business model spanning the different generations.

With mature audiences posting more on Facebook, millennials and Gen Z’s taking over Instagram, Twitter and Snapchat– each has a unique outlet for expressing their cricket emotions, reactions.

With competing brands each wanting a piece of the pie, looking to grab consumer attention, winning strategies will be driven by a close understanding of both individual sentiment and the group-cum-crowd psychology of this fascinating sport.

To really tap in to the power of these emotions, you need experts who have been working to help link brands to consumers for more than a decade – which is precisely what we’ve been doing at H/T/P Delhi.

Get in touch contact-delhi@happythinkingpeople.com if you’d like to find out more – we’d love to talk about cricket and consumers! 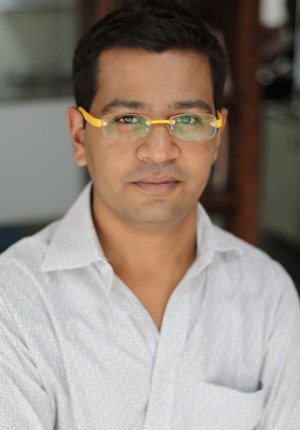